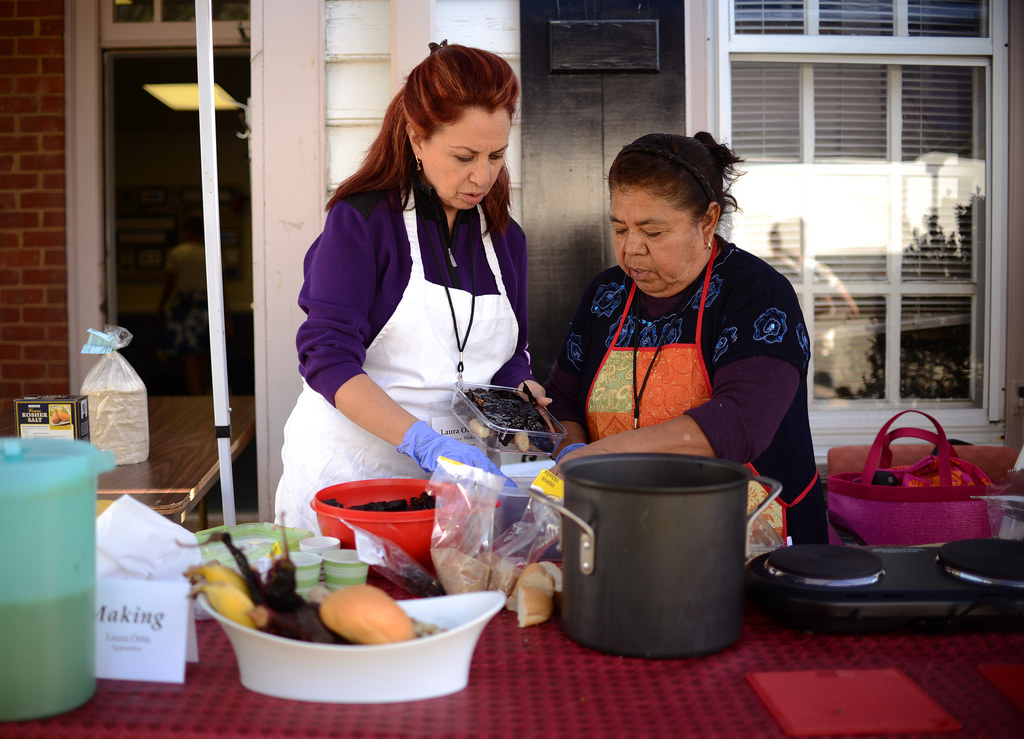 The word mole can refer to any of a number of richly flavored sauces traditionally used in Mexican cuisine, or to dishes based on these sauces. Varieties of mole include black, red, yellow, Colorado, green, almendrado, and pipián. Modern mole is composed of ingredients from North America, Europe, and Africa, making it the first international dish created in the Americas. Traditional mole is notoriously time-consuming and labor-intensive to make. According to master mole maker Francisca Ramirez Acosta, the making of mole most often signifies the coming of a “convive”—a special gathering of family, friends, and neighbors—yet, she adds, “just making the mole makes it a special occasion in itself!” Francisca is from the state of Aguascalientes, Mexico, and came to Arlington about fifteen years ago to be closer to her children. She learned to cook from her mother and other women in her small town, and estimates that she has been making mole for more than forty years. Her apprentice is Laura Ortiz, who previously participated in our program as a master of Mexican folkloric dancing. Laura is eager to learn the subtleties of this cherished Mexican foodway.