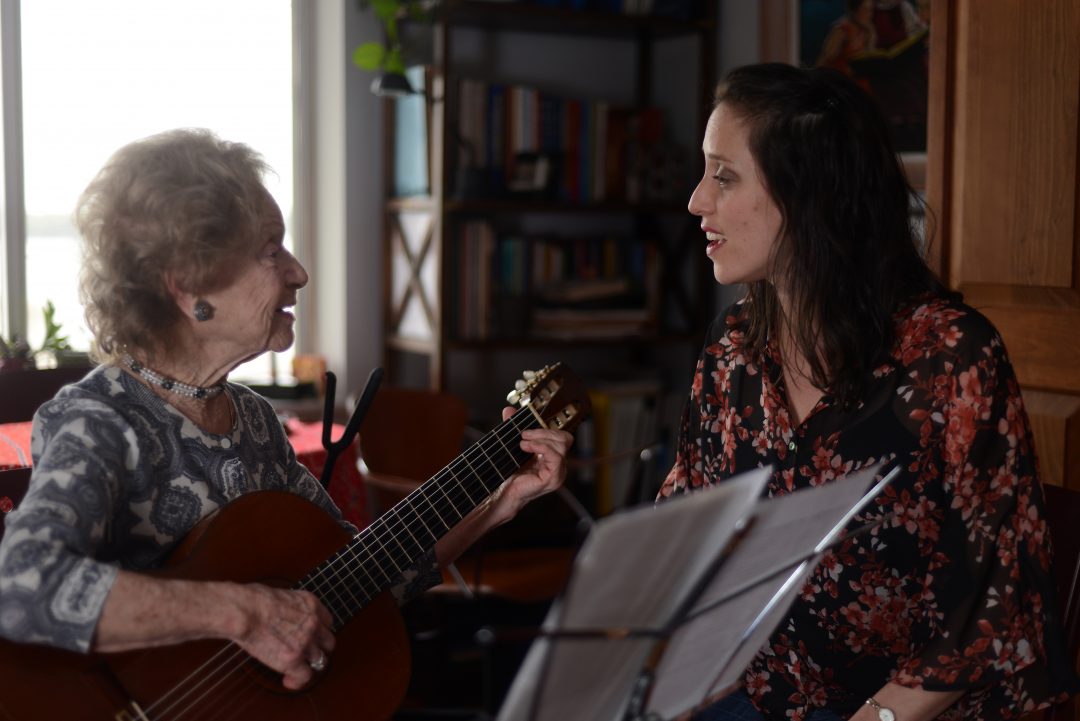 Flory Jagoda was born in 1925 in Sarajevo, Bosnia, and was raised in the city’s Sephardic Jewish community. When the Sephardic Jews were forced into exile from Spain and Portugal in the fifteenth century, many settled in other Mediterranean countries but preserved their native language, called Ladino. Through her grandmother, Jagoda learned songs that had been passed down in her family for generations. She also became familiar with the region’s Balkan cultural traditions.

Flory escaped the destruction of Sarajevo’s Jewish community and immigrated to the United States after World War II. She has been recognized as a critically important carrier of a unique musical heritage and also as a composer and arranger of new Sephardic songs. Her composition “Ocho Kandalikas” (“Eight Candles”) has become an international anthem of Hanukkah. In addition to teaching the Sephardic musical tradition to her children, she has taught many students who now perform Ladino music.

Today, she tours widely and her music is circulated through recordings and in The Flory Jagoda Songbook. Flory’s performances are distinctive not only for their musical beauty, but also because of her commitment to finding meaning through affirmation of community in her personal experience.

Flory was one of the first Master Artists in the Apprenticeship program, sharing her songs and stories with local performing artist Susan Gaeta. Now, a decade later, she has generously decided to take on another promising student, international recording artist Aviva Chernick.