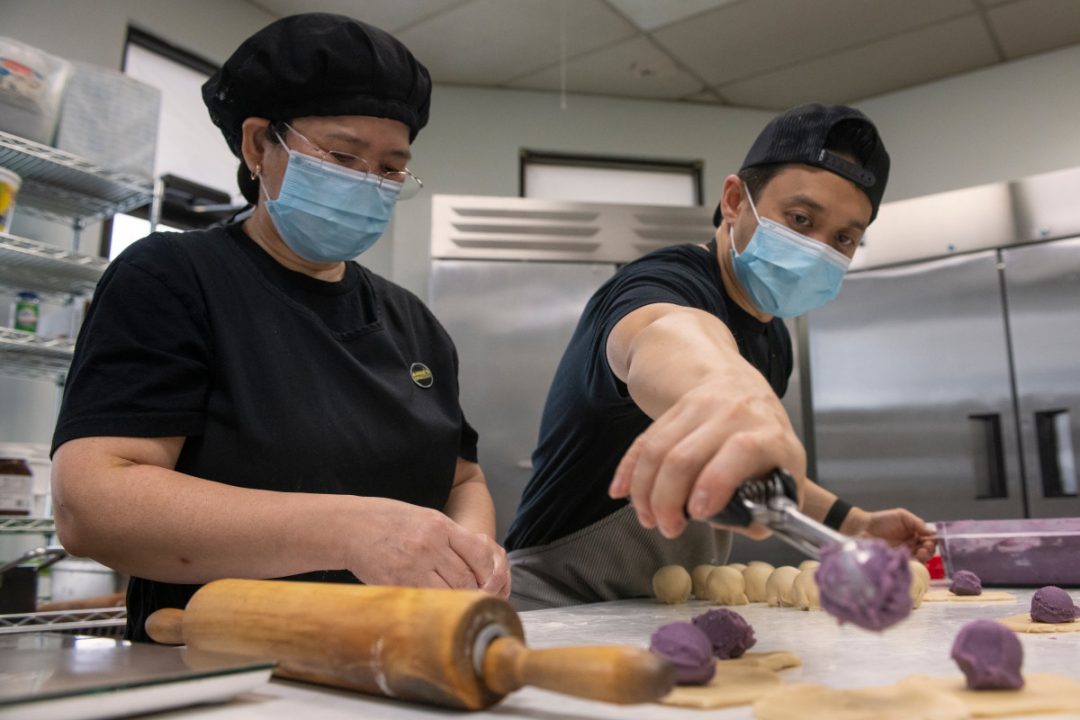 Lelis Garcia Olaes remembers the smell of the wood-fired bakers in her neighborhood in the Philippines, the sweet smell of bread baking along with the wood smoke. It was just one man, her great uncle, who worked the oven, and it was the beating heart of the neighborhood. 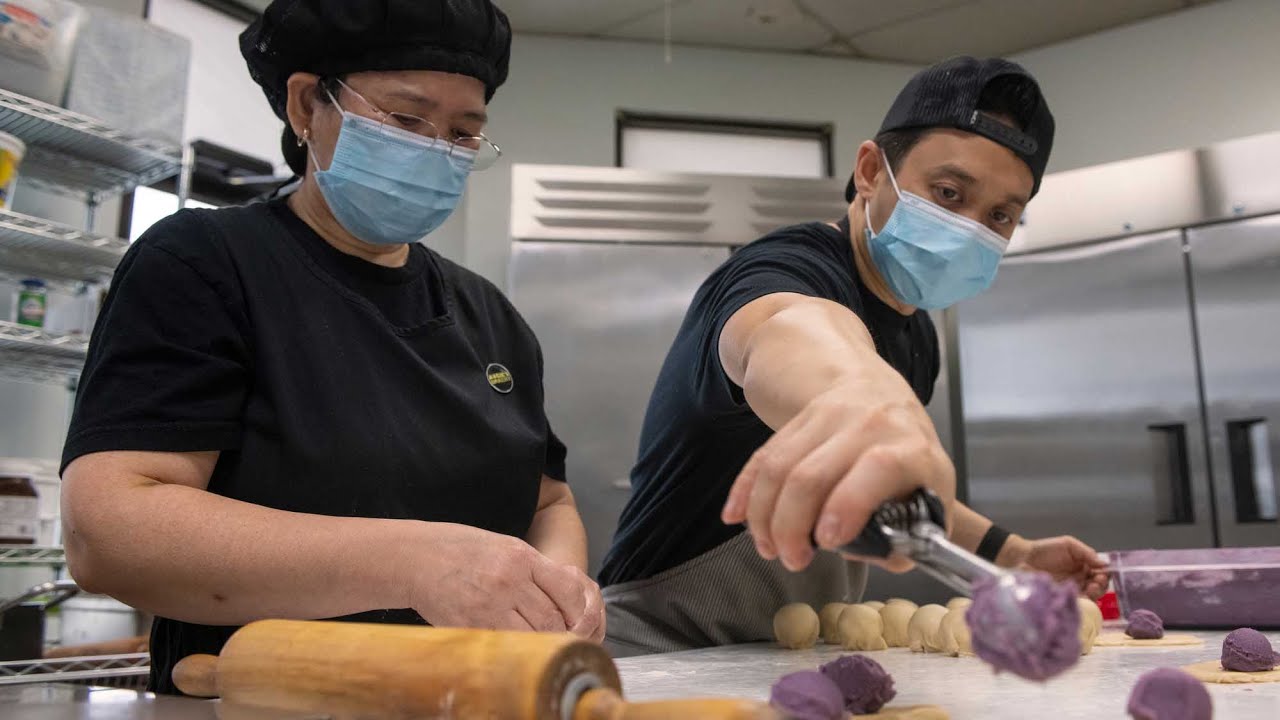 Her son Ken didn’t have memories of coming home from school with a sweet hopia cake to snack on, he grew up with pretzels and schnitzel in Kaiserslautern in southern Germany where his family was stationed on a US Army base. He learned how to play baseball on an open field next to German apartment blocks, his childhood memories couldn’t be much more different than his mother’s.

Lelis said her son may not have the same childhood memories of eating this bread, the first time he ate pandesal was in here in Virginia even, but he does have the flavors of the Philippines in his recipes. Ken and his mother work side-by-side in the kitchen daily, ensuring fresh hopia, pandesal and tasty ube treats for the robust Filipino community in Virginia Beach, while also ensuring those food-based memories pass on to future generations daily.

Ken bought Angie’s Bakery in Virginia Beach in 2019 from his uncle, who had owned the bakery since 1988. Ken received some recipes and an established business in the Filipino community, and not much else. He said he knew Angie’s couldn’t change too much, it was the neighborhood bakery, and this was the spot to get pandesal and ube bread. “I knew these recipes could only change so much,” said Ken. It couldn’t change drastically and keep the community customer base. Ken and Lelis went about creating new recipes and techniques that would feed the community appetite for the classics while also pushing Filipino flavors into new territory.

Most importantly, they’ve made sure the Hopia is always stocked. These small pastries are made of flaky, crispy dough and filled with sweet or savory fillings like ube, mung bean, and onions cooked in pork fat. Lelis is innovating in the kitchen, her recent addition of a flan ube cake is a new dish that echos the flavors of home, but doesn’t go so far as to push away the customers who keep coming back for the classics.