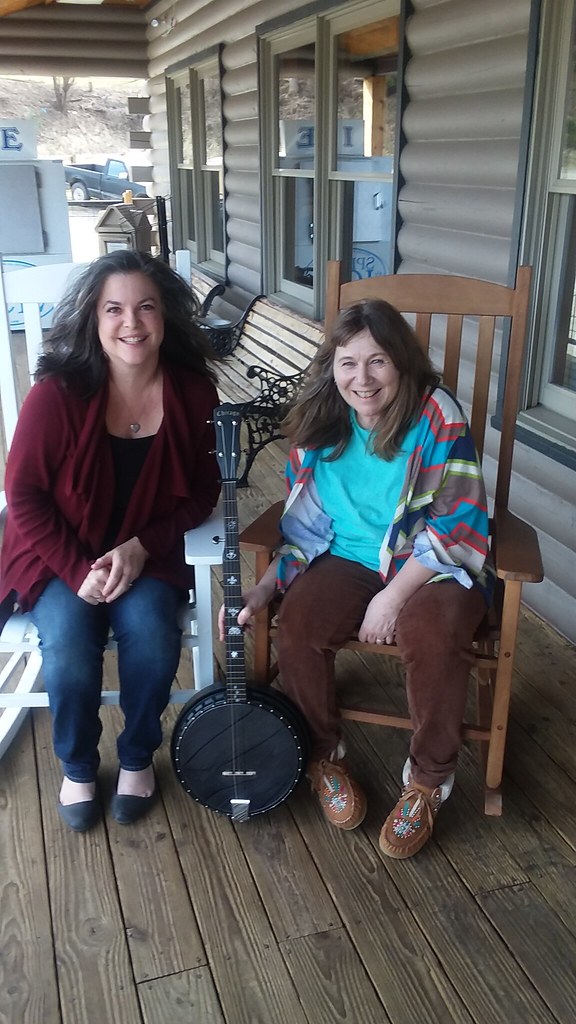 Returning to the Folklife Apprenticeship Program in 2019 is the beloved Grayson County clawhammer banjoist Emily Spencer. The clawhammer banjo style is an essential aspect of old time music, an ensemble-based, hard-driving music form that has inspired dancers across Southern Appalachia for generations. Unlike the more popularized bluegrass style that moves the banjo into the forefront, the clawhammer technique essentially turns the banjo into a rhythm instrument, with the player’s thumbs bouncing off the short fifth string and brushing down on the others. One of the epicenters of old-time music is the small community of Whitetop, Virginia, once the home of the legendary Whitetop Music Festival attended by Eleanor Roosevelt in the 1930s. Whitetop and the surrounding Grayson County have remained a vibrant hub of old time string band music, home to countless weekly dances and jams, and annual fiddlers’ conventions, including the nation’s largest and oldest in Galax. The region is home to many historic and prolific old-time bands, none more active than the Whitetop Mountain Band.  Started by the legendary fiddler and luthier Albert Hash in the 1940s, the band was led by Virginia Folklife master fiddler Thornton Spencer, and his wife Emily, for more than forty years until Thornton passed away in 2017. Now Emily and daughter Martha are carrying on the band’s legacy.

Emily first learned to play the banjo from local legends Jont Blevins, Lawrence Russell, and Enoch Rutherford, and has carried the craft on to master status herself. Emily has taught and encouraged innumerable young people to play music, for many years directing the old-time music program at tiny Mount Rogers Combined School, and, after its closing, directing the music program at Grayson County High School. Emily will now share her knowledge with apprentice Lisa Ring. Primarily a fiddle player, Lisa has long been a prominent member of the region’s old time music community, having performed at the Carter Family Fold, the Blue Ridge Music Center, and the Rex Theater, as well as square dances across the region at such esteemed dance halls as the Burgess Barn and Allegheny Jubilee. As an old-time fiddler, Lisa has long played with clawhammer accompaniment, and has recently shown great promise in the craft herself.