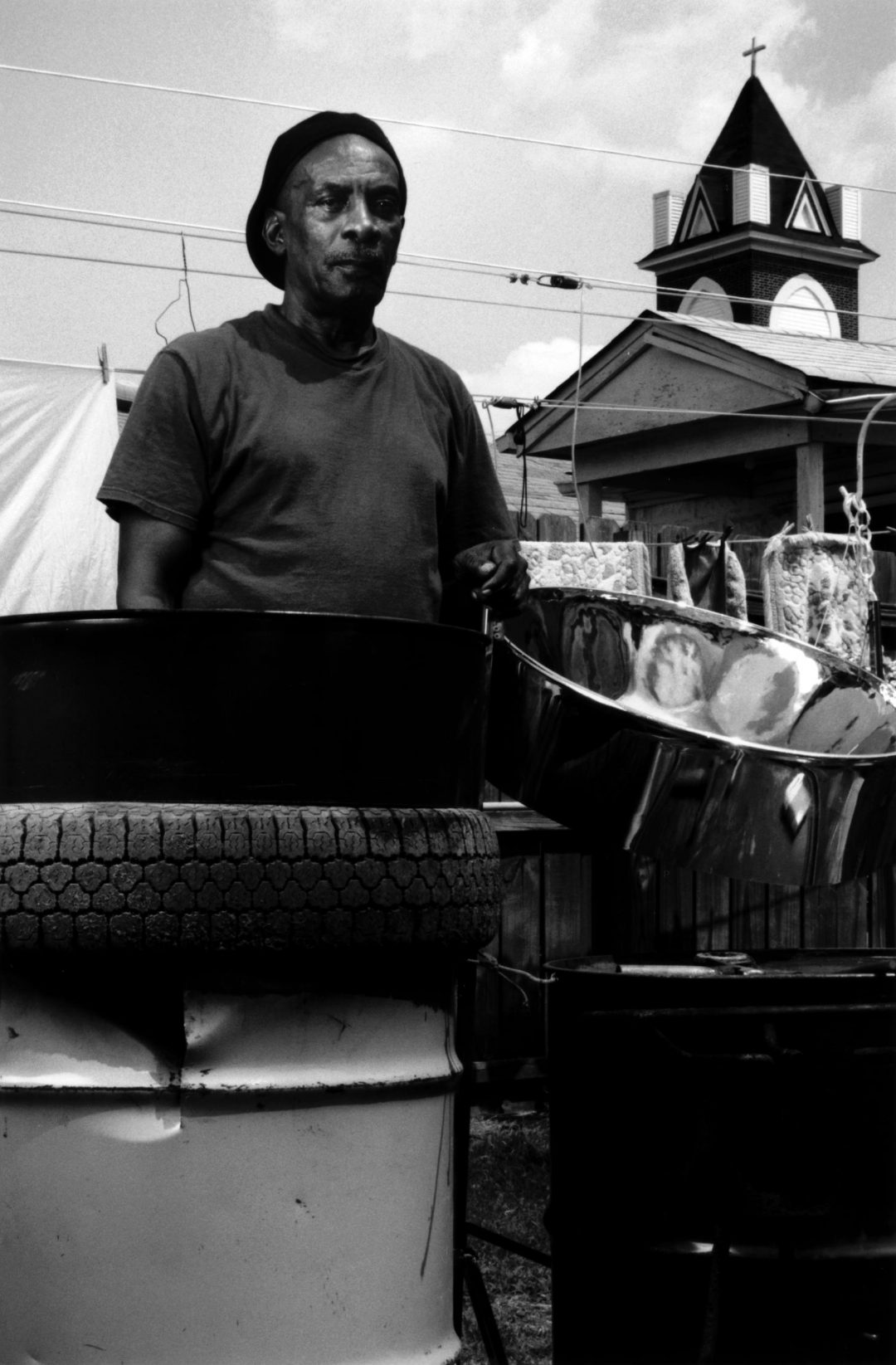 The steel drum, or “pan” as it is called in the Caribbean, was invented in Trinidad about the time of World War II. Afro-Trinidadians resourcefully crafted this musical instrument out of oil drums left behind by the U.S. Navy. Contemporary pans are created when a 55-gallon steel oil drum is hammered concave, a process known as sinking. The drum is then tempered and notes are carefully grooved into the steel. The pan has become a national symbol for Trinidadian Independence and the signature instrument in the Caribbean Carnival season. Hampton resident Elton Williams grew up in the pan yards of Trinidad, and has since immersed himself in every aspect of steel bands. He is a musician, composer, tuner, and now one of the few steel pan makers in the United States. Since moving to Virginia, Elton has been very active in the Caribbean community in Hampton Roads, and is the director of the Caribbean Music Information Center. Elton enjoys teaching others to make pans, and his apprenticeship allowed him to work more closely with his prize student, Earl Sawyer.

Making the pan is hard, physical work, especially sinking the drum. But when you bring the drum to the point where you can actually hear it playing … well, that’s the feeling of the whole thing. It’s a kind of freedom, a feeling of “this is my thing.” And you know that you’ve accomplished something that not many people can do.
-Elton Williams