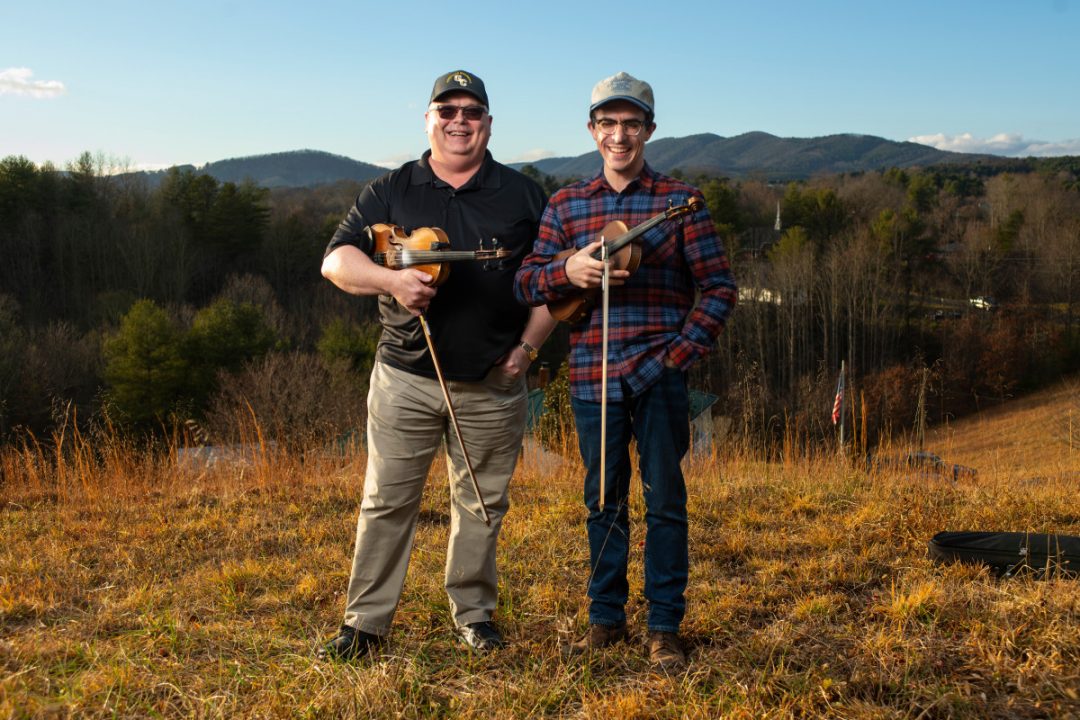 Eddie Bond, left, apprenticed Andrew Small in the Grayson and Carroll County styles of old time fiddling. The pair is featured along with seven others in the Virginia Folklife Apprenticeship Film. Pat Jarrett/Virginia Humanities

The Galax style of banjo playing is embodied by the late Enoch Rutherford of Grayson County. The style is hard-driving and rhythmic.  Eddie Bond said he remembers that when Rutherford would play the banjo every string on the instrument would be vibrating, a wall of sound. It’s the kind of music people want to dance to, Eddie said. Unlike the banjo style, the fiddle style that was popular around Grayson and Carroll counties when Bond started learning is more ornate, notey, and has what Eddie calls a “lilt” to it. This is the style of settling that Bond is teaching Andrew Small in their apprenticeship. 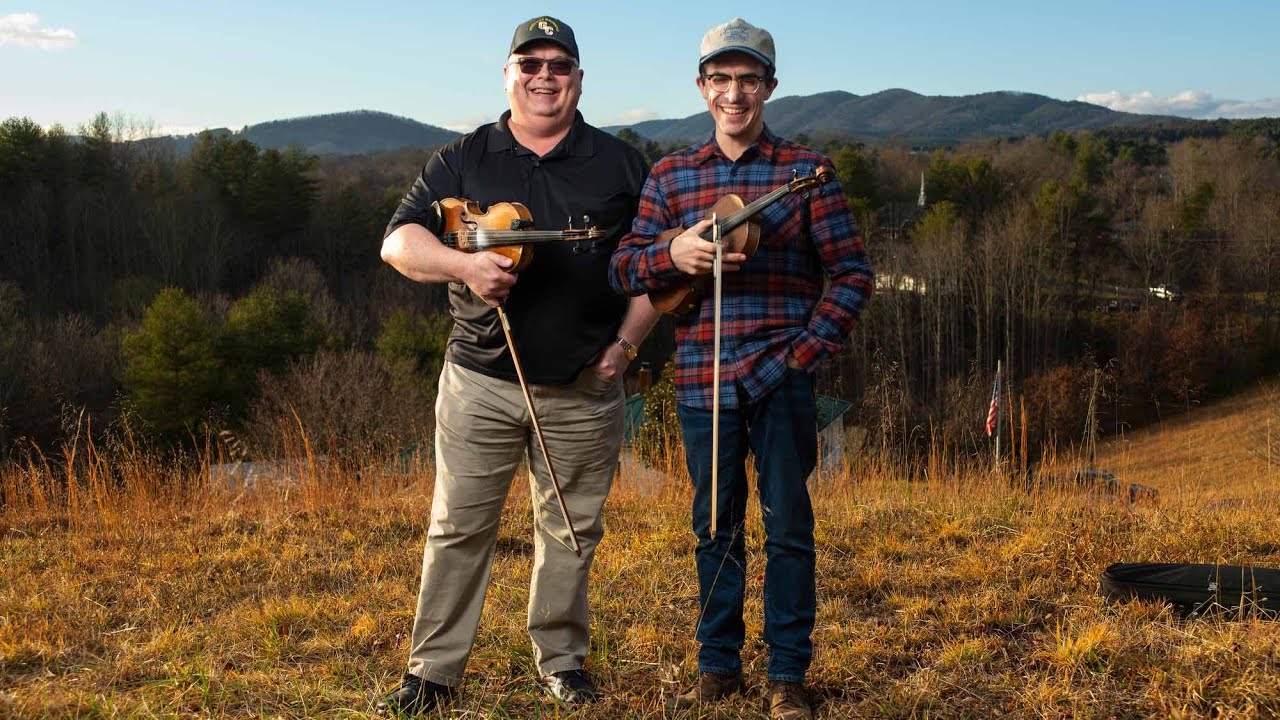 Small said that the tunes seem a little more stately “European, old-world character to them“than other old-time dance tunes. Eddie said he remembers a time when people with dance to this kind of music at square dances, and they’d call it a Paul Jones. “When you’d play a square dance there’d be a square dance, a two-step, a Paul Jones, and a waltz, then it’d repeat.” After a seven-year stint in the Army in the early 90s, Bond noticed that people didn’t dance the Paul Jones anymore, signaling the decline of the Grayson and Carroll style of fiddling he learned from neighbors growing up in Fries, learning tunes one-on-one by the side of the road near his granny’s house.

When he was a kid Eddie learned from family members like his great uncle Leon Hill and fiddlers near his granny’s house like Claude Childress and Bass Tate. As he got older Eddie said he was always playing with older folks, and he was always afraid that after they died off he wouldn’t have anyone to play music with anymore. These days Eddie doesn’t worry about that so much. In addition to leading the string band at Grayson County High School he also leads the weekly jam at the Fries Theater. He also teaches lessons one-on-one, and he said he wishes he had more students like his apprentice Andrew Small. 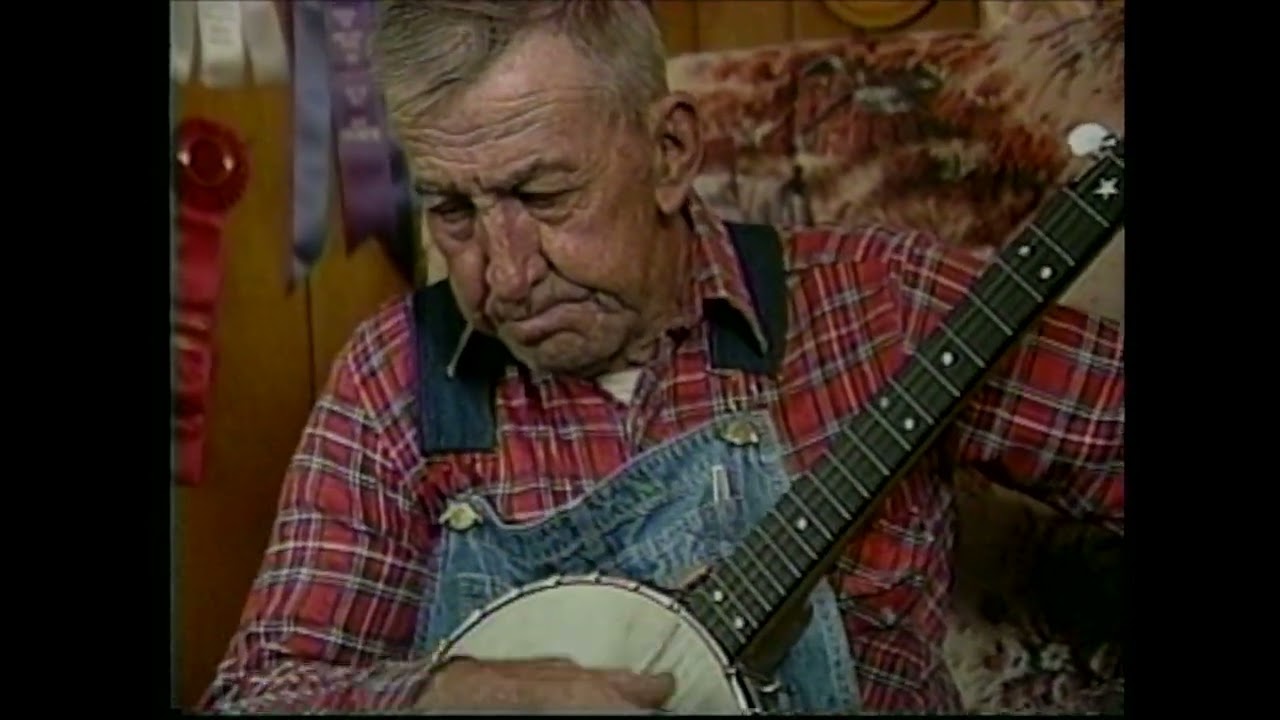 Andrew Small of Floyd came to old-time and bluegrass music with a classical music background and curiosity. He said that the diversity of music styles in and around Southwest Virginia and Western North Carolina brought him here. He said he first played with Eddie in Australia, where his wife Ashlee Watkins is from. Watkins is apprenticing under Mac Traynham of Willis in old-time guitar this year.