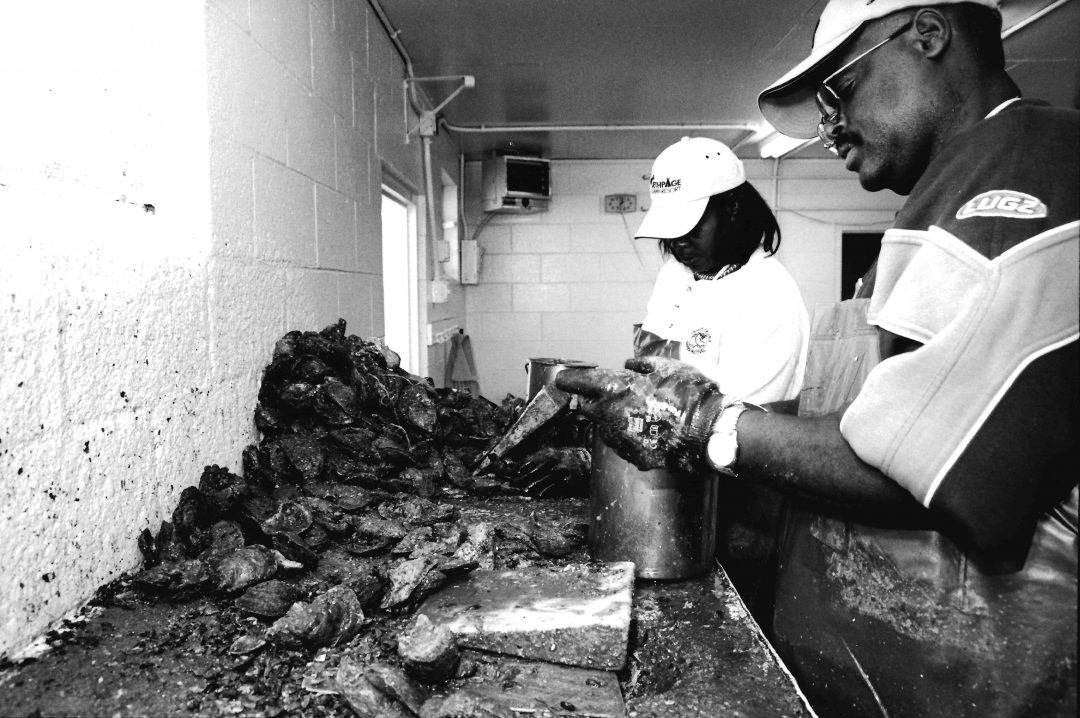 For communities on Virginia’s Northern Neck, the oyster fishery was perhaps the largest and most influential industry from the mid-1800s to the mid-1900s. Men and women employed by the industry worked a variety of jobs, from boat cook, captain and crew to shore-based scow gangs and shuckers. Shucking, in particular, provided many employment opportunities for African Americans throughout the Chesapeake Region. Master oyster shucker Deborah Pratt’s parents first met while working in one of the many small oyster houses that dotted the Northern Neck coastline, and she has been shucking for most of her life. Though the oyster industry has experienced a dramatic decline since the mid-1990s, the art of shucking has continued as a highly competitive sport. Deborah began competing in 1985, and she quickly established herself as one of the top women shuckers in the world. She has won the prestigious Virginia State Championships held each year in Urbanna, Virginia, the National Oyster Shucking Championships in St. Mary’s City, Maryland, and has had impressive finishes against the men in international competitions in Boston and Ireland. Deborah is known on the oyster shucking circuit for shucking a particularly “pretty oyster.” Deborah has passed her skills on to her apprentice Teddy Bagby. “Teddy thinks he can beat me now,” Deborah told us, “But I don’t think so.”