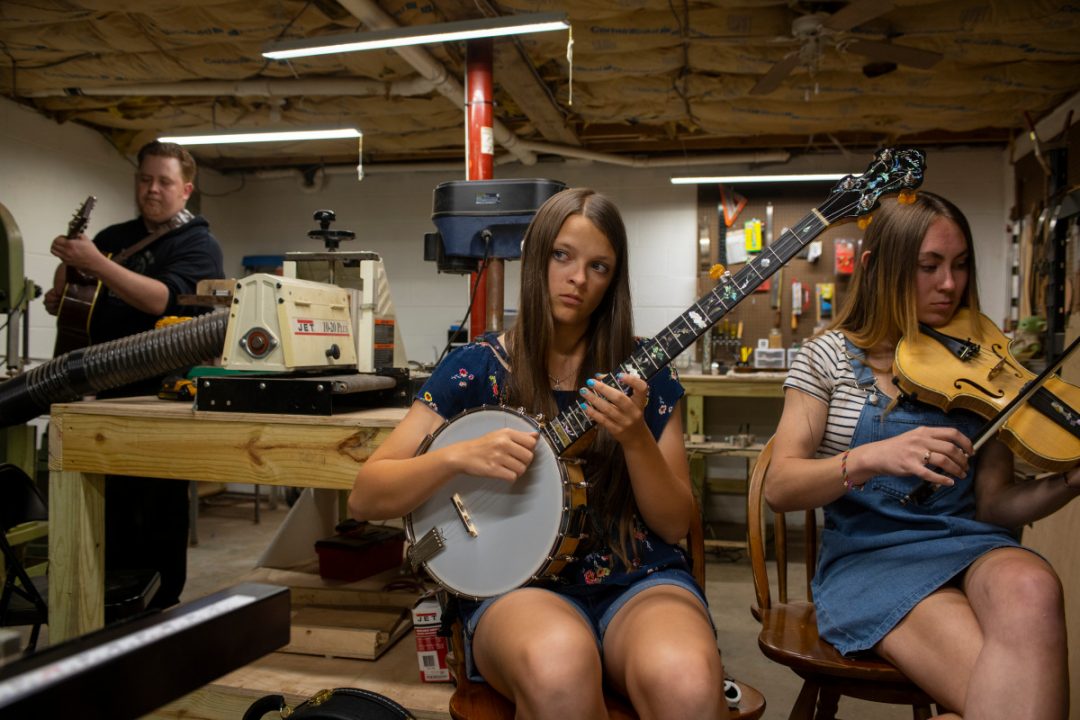 Chris Testerman has been around instrument makers since he attended Mount Rogers Combined School in Grayson County and played in the Albert Hash Memorial Band, led by Whitetop Mountain Band banjo player Emily Spencer. Albert Hash mentored some of the greatest luthiers and instrument makers in southwest Virginia, including Gerald Anderson, Randal Eller, Walter Messick and Wayne Henderson. Albert Hash’s daughter Audrey Hash Ham ran the Old Time Music Program at the school before Emily took over, and Chris sought her instruction out when he first started making instruments. All of them encouraged Chris to explore the traditional craft. 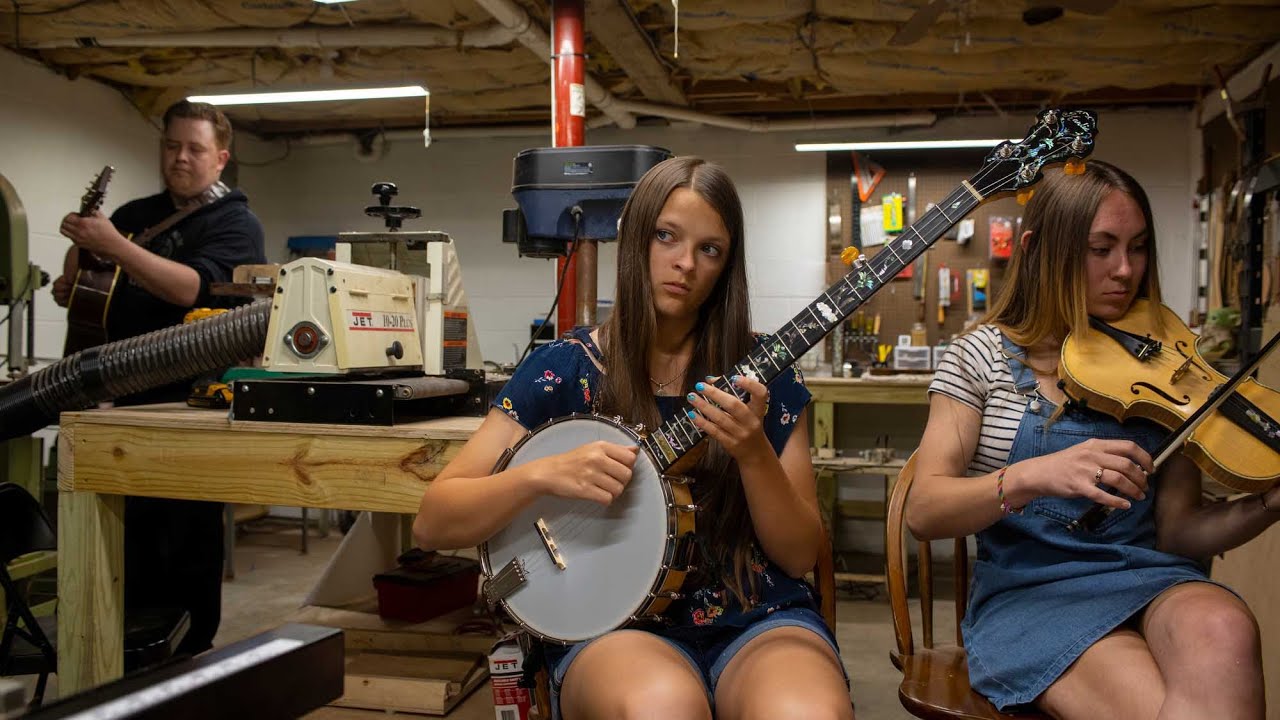 Chris said that when he first sought out Audrey for a custom fiddle she handed him a block of wood, some sandpaper and a pocket knife and told him to carve away anything that didn’t look like a fiddle. He worked that piece of wood for a year, carving and sanding until he had something to show her. She noticed his hard work, and soon he was learning at her side. They were friends for years after that, and to this day Chris uses custom tools crafted by Audrey’s father in his shop, willed to him after Audrey’s passing in 2013.

Whitetop Mountain Band fiddler, and Audrey’s uncle, Thornton Spencer was an early mentor, Chris said Thornton had to approve everything he did on his first fiddle. Chris continued to hone his craft during an apprenticeship with dulcimer maker Walter Messick in 2013, and he continues to make instruments and play music in the mountains of Grayson County. Chris makes instruments in the spirit of his predecessors, Archie Elmer Powers, Walter Messick and Audrey Hash Ham, fine musical instruments with clear tone and unique adornments. The influence from Albert and Audrey can be seen in the animal head scrolls carved on many of his fiddles.

“I want to pass along these traditions and give others the same opportunities I have had,” said Chris. “Through the music, I have met lots of interesting people and traveled all over the world. I see the importance it plays in the community in bringing people together.”

Chris’s skills and craftsmanship continue a tradition that’s been in that region for generations, and now he’s making efforts to ensure the traditions of instrument making live on through his apprentices Karlie Keepfer and Sophia Burnett.

“What interests me about instrument building is that no instruments are identical. Every instrument is different, and each one has its own distinctive tone,” said Karlie. Sophia shows great interest in continuing the living traditions of the region. Both show great artistic skill, said Chris, which is an important part of the Hash-style fiddles. Chris said the instruments should each be their own unique piece of art and reflect the maker’s inspirations, just as much as the player makes their own music.

Chris said his apprentices are “hardworking with a good head on their shoulders, good morals.” He said has faith that both will carry on the tradition of instrument making that is so vital to the region.