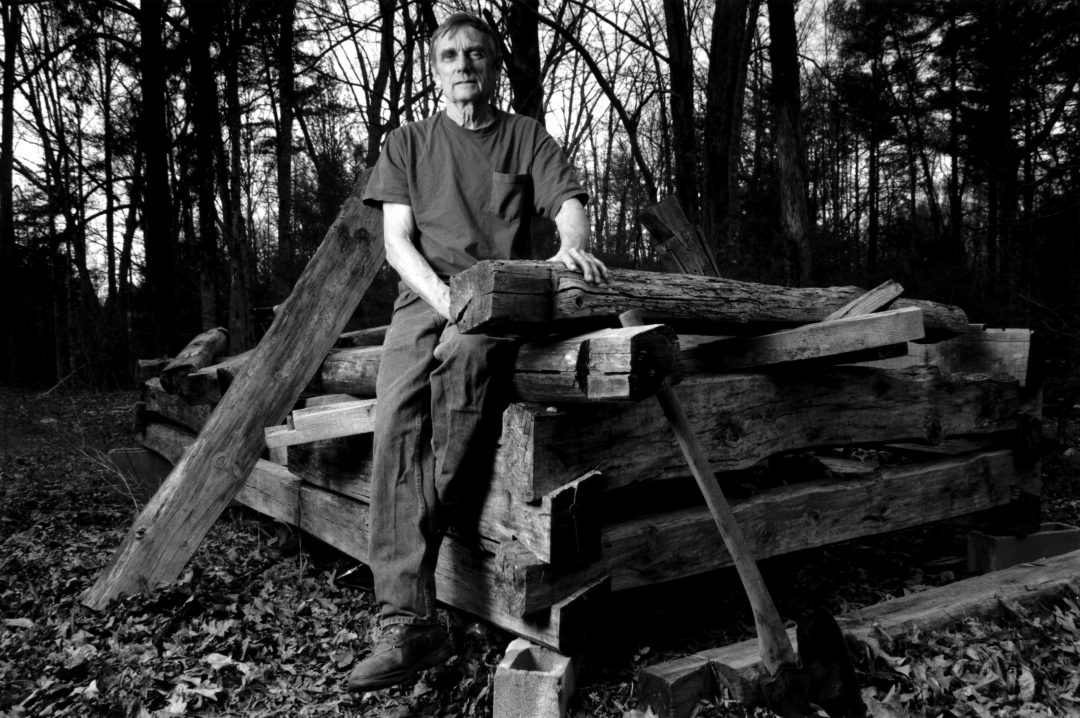 Charles “Mac” McRaven has been building with stone, log, and hewn logs since he was eleven years old. His parents built their homes in the 1940s with the help of their children. This fascination has lasted more than fifty years. McRaven has built and restored hundreds of log, stone, and post-and-beam structures all over the United States. His preservation work and writings have earned him recognition as America’s leading authority on the preservation of the nation’s structural history. Mac’s specialty is the preservation of a small but important segment of American history—the hewn or square log house. Mac has passed on his wisdom to two apprentices, Willie Lehmann and Daniel Malcolm.

To see the value of this style, all you have to do is look at modern buildings. They won’t be here in three, four hundred years like these old places are now. We’re not building like that anymore. We’ve got a mindset of “Let’s keep this place one generation and then throw it away.” When we’re building like that, we’re not honoring our history. By losing the ability to build by hand we’re losing the idea of independence that this nation was founded on. These techniques that I’m teaching these guys have been the same forever. I think it’s highly necessary to pass them on to younger people.