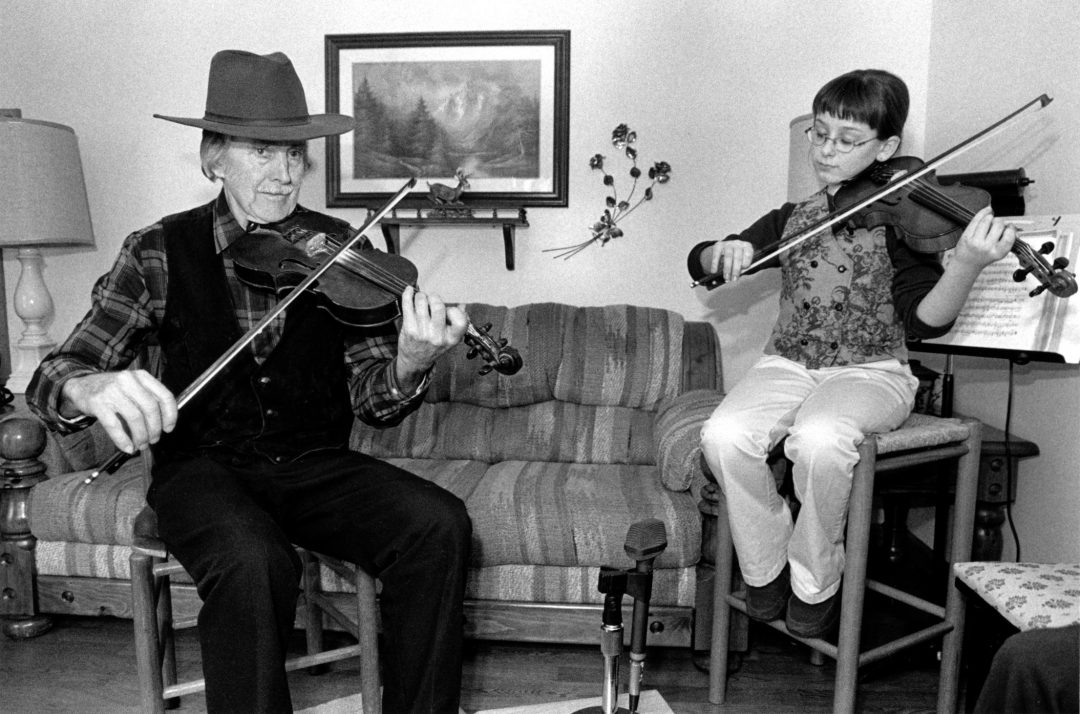 Buddy Pendleton of Patrick County has lived a life in bluegrass music. Buddy is one the most beloved fiddlers in Southwest Virginia, and a common fixture on the leader board at Galax and other regional fiddling contests. Buddy has won the prestigious first-place fiddle prize at the Union Grove Fiddlers Convention—commonly considered the “world championship” of fiddling—an unprecedented five times. For a while it seemed that Buddy might make a career as a professional bluegrass musicians, especially after he got his break touring with the legendary Bill Monroe and His Blue Grass Boys. The road didn’t suit Buddy, however, so he decided to give it up to spend more time with his family in the tiny town of Woolwine, where he took up a job as a rural mail carrier. Years later, Buddy still carries the mail and still delivers with his fiddle bow. Buddy’s apprentice, a child fiddle prodigy Montana Young of Bassett, Virginia, has already won numerous fiddling contests throughout the region before her eleventh birthday.

I’ve had some experiences in music, and I’ll tell you, I just don’t think you’re going to find a fiddler any better than Montana at her age. And obviously, there’s more than a few fiddling convention judges out there who agree with me. I certainly haven’t ever bumped into anyone that picks things up so quickly. I’ll play one of these songs one time through, and then we’ll work on it in segments. Nearly every time, she’ll have it down in one session. I just feel lucky to have gotten to teach her something, because she’s truly going to be… well, she already is one of the true special ones in this music.
-Buddy Pendleton