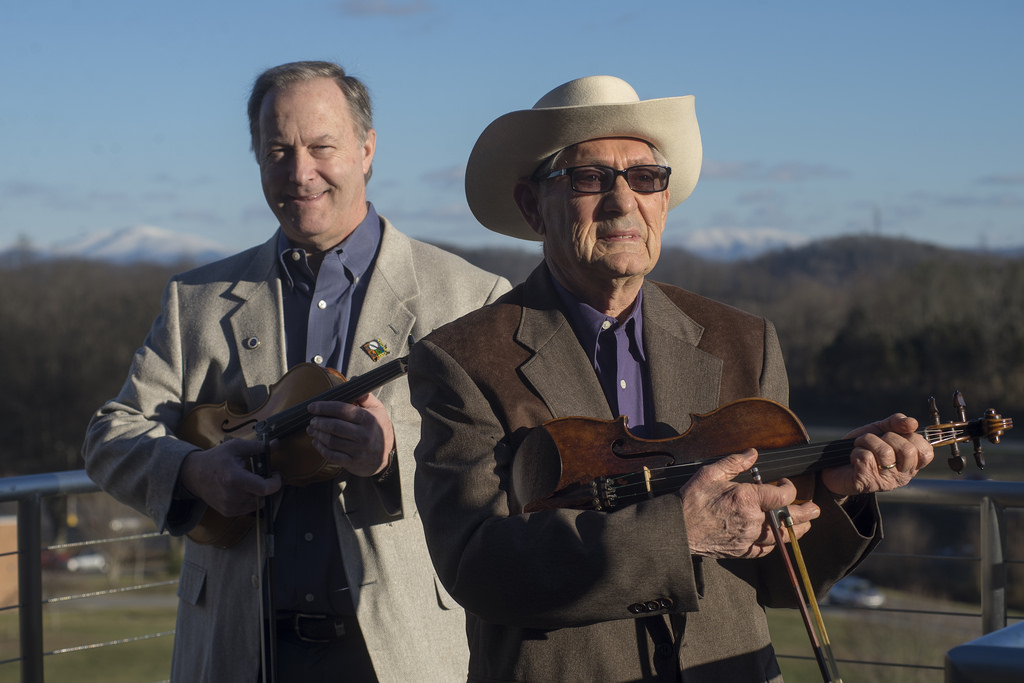 Billy Baker, born in 1936 in Pound, Virginia, has lived his whole life surrounded by music. Encouraged by his parents, both banjo players, Baker proved to be a musical prodigy. He learned to play the banjo at age four and the fiddle at age six, and was soon playing with his father at local dances. In the early 1950s, he began playing professionally with local bands, and soon became established in a new, lively, progressive kind of hillbilly music known as bluegrass. Billy has played and recorded with many of bluegrass’s finest musicians, including Bill Monroe and His Blue Grass Boys, the Bluegrass Kinsmen, Alex Campbell, Kentucky Grass, Del McCoury, and Earl Taylor. He also worked with Earl Taylor on WBMD Maryland in the early 1960s. Billy’s apprentice, Jack Hinshelwood, of Montgomery County, is an award-winning fiddler, multi-instrumentalist, and music scholar in his own right. When Jack isn’t tearing it up on stage with his band the Celtibillies or holding down a local jam session, he can be found serving as executive director of the Crooked Road, Virginia’s world-renowned music heritage trail.