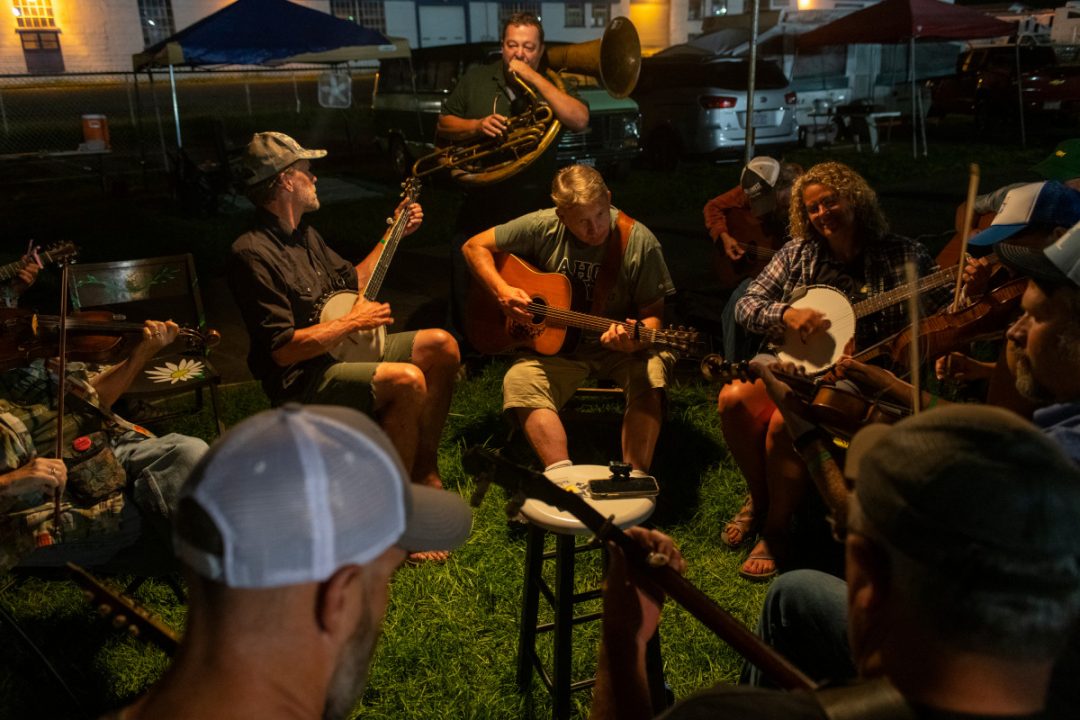 Always held during the first full week of August (technically it always starts the Monday after the first Saturday of the month), the 86th Old Fiddlers’ Convention drew thousands to Galax earlier this month. The convention, sometimes called simply Galax or Fiddlers’, is the largest and longest-running of its kind in the world. We were thrilled to see some of our friends take home its highest honors.

Jared Boyd is a talented musician from Franklin County who participated in a clawhammer banjo and moonshine storytelling apprenticeship with his grandfather Jimmy Boyd in 2012-2013. His dedicated to honing his skills paid off this year: Jared took home top honors in clawhammer banjo and the coveted title of Best All-Around Performer from the Galax Moose Lodge #733. In a recent post on Facebook, Jared gave thanks to: “My grandfather, Jimmy Boyd, who gave me the wisdom of how important the banjo is as a rhythm instrument as well as playing the melody. His playing is just as influential to my current clawhammer style as anyone else’s.” 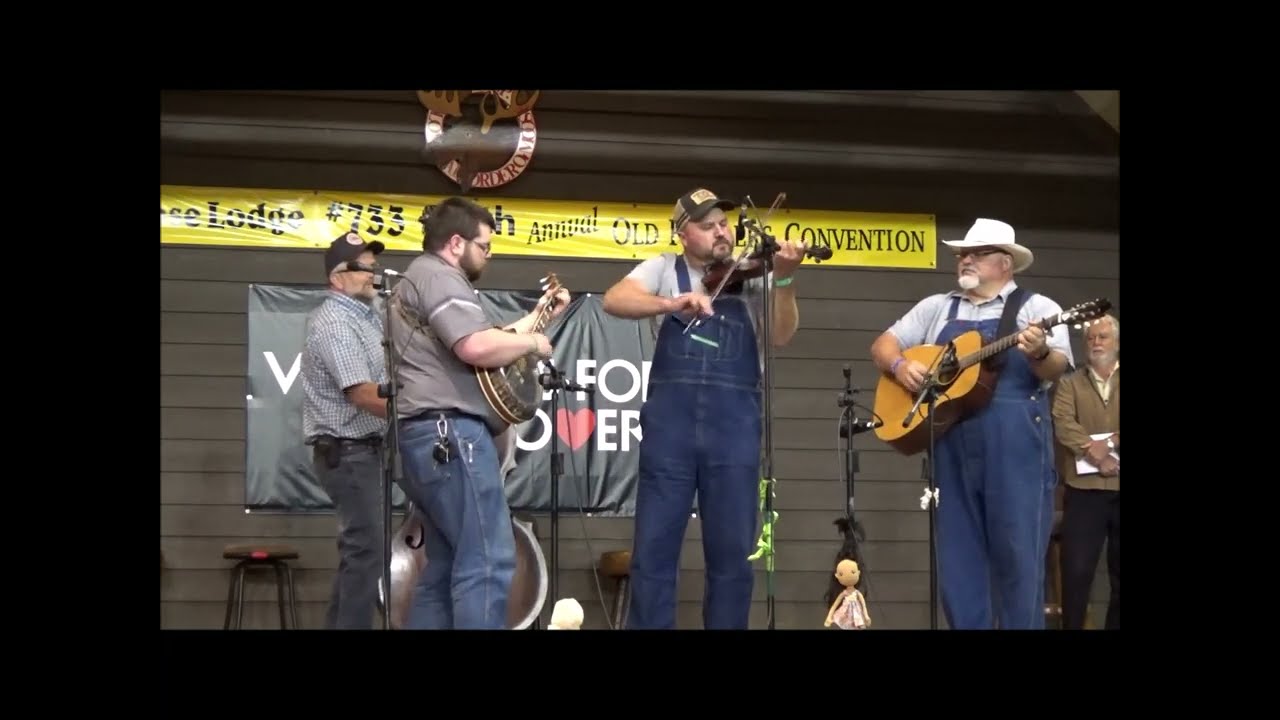 Of course, Fiddlers’ isn’t all about what happens onstage. There were jams and informal performances all week long in the campgrounds. Joe Troop of Durham, North Carolina, has been coming to the convention for decades. Five years ago he brought his Che Apalache bandmates rom Argentina to make music in and around the convention. This year he brought collaborator Larry Bellorin. Bellorin is an asylum-seeker from Venezuela who plays a variety of instruments traditional to Joropo music, a popular Venezuelan folk genre. (Read: “Larry Bellorín and Joe Troop Blend Música Llanera and Bluegrass into Egalitarian Nuevo South Brew,” INDY Week, July 20, 2022.) 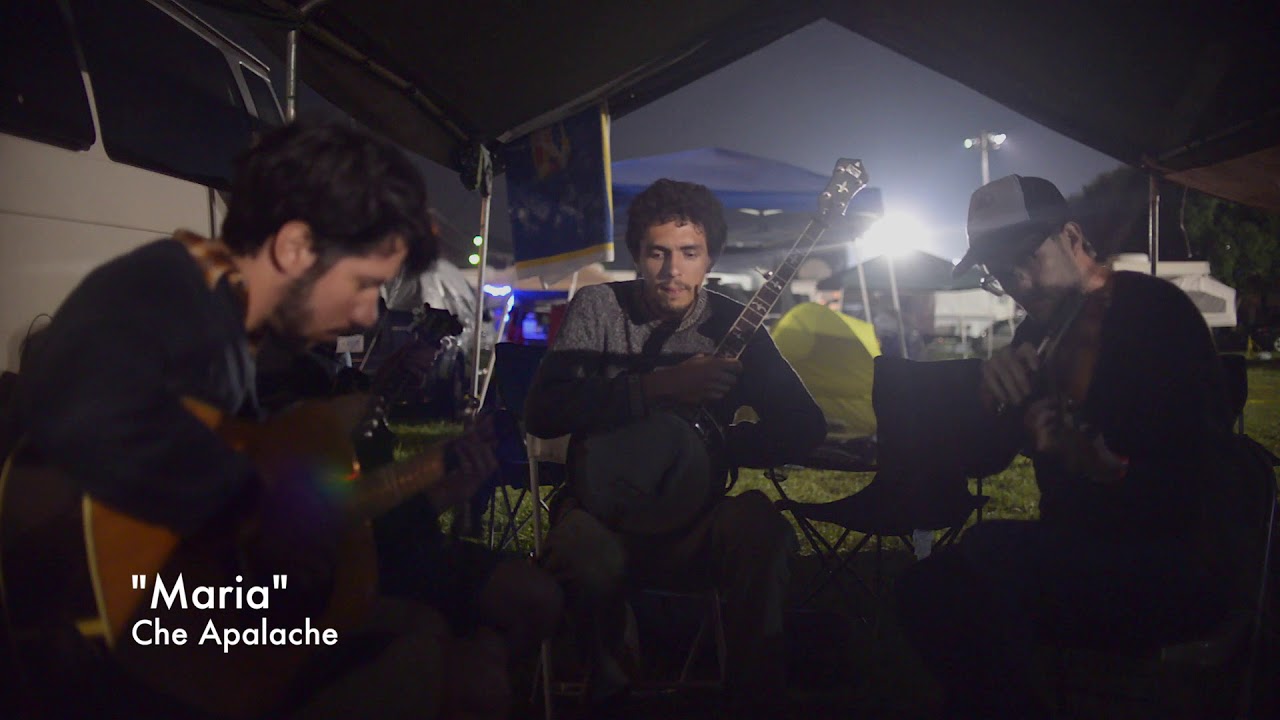 Larry and Joe performed at the Swingtown campsite Friday, Joe’s guitar and banjo blending with Larry’s harp and cuatro playing. (We will post complete recordings of the show on our YouTube page soon!)

Cheers to Marianne Kovatch for being the first woman judge for the Galax Old Fiddlers’ Convention in decades. Kovatch has been attending Fiddlers’ for decades and is an accomplished musician. She is currently Associate Director at the Blue Ridge Music Center near Galax. She judged alongside Bobby Taylor and Johnny Williams.

Congratulations to all winners, a full list of accolades can be found here.