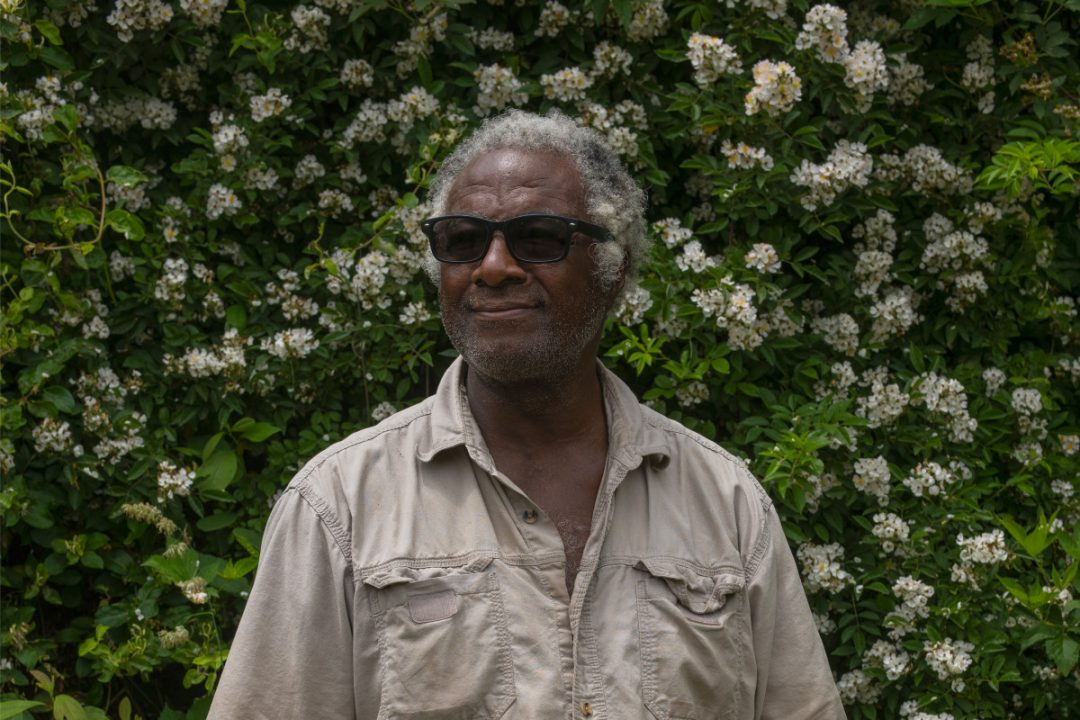 Fiddlin Earl White might be known best for his time with the Green Grass Cloggers, a dance group formed at Eastern Carolina University after Dudley Culp learned some moves from Evelyn Smith Farmer of Fries. Earl co-founded the group with Culp, then called home from the university to tell his parents he was dropping out of school to clog professionally. Since then he’s been dancing and preserving Black traditions in Appalachian and Old Time music around the world. His presentations on Black traditions in Old Time music have routinely been standing-room only.

Earl danced around the world, with the Green Grass Cloggers sharing stages with the likes of Jefferson Airplane and Littlefeet, while also dancing at old time festivals and fiddlers’ conventions like Mt. Airy and Galax. There is even a clogging moved named for him, The Earl.

After a career in the medical field Earl is returning to his roots in the old time community. He and his partner Adrienne Davis started Big Indian Farm where they raise sheep and chickens, work the land and bake bread. This summer they are going to be combining these interests and breaking bread with musicians at their first ever Big Indian Music Camp at their farm.

Spots are still available for the June 23-27 camp, featuring multi-instrumentalist Danny Knicely, Steve Martin Banjo Prize winner Vic Furtado, two-time IBMA Bass Player of the Year Mark Schatz and the man himself Earl White. The camps will focus on instruction from the musicians in an outdoor setting with informal jams and meals provided. Tickets for the workshop is $550 for adults and $400 for children 12 and under.