Walter Messick: The Legacy of a Luthier 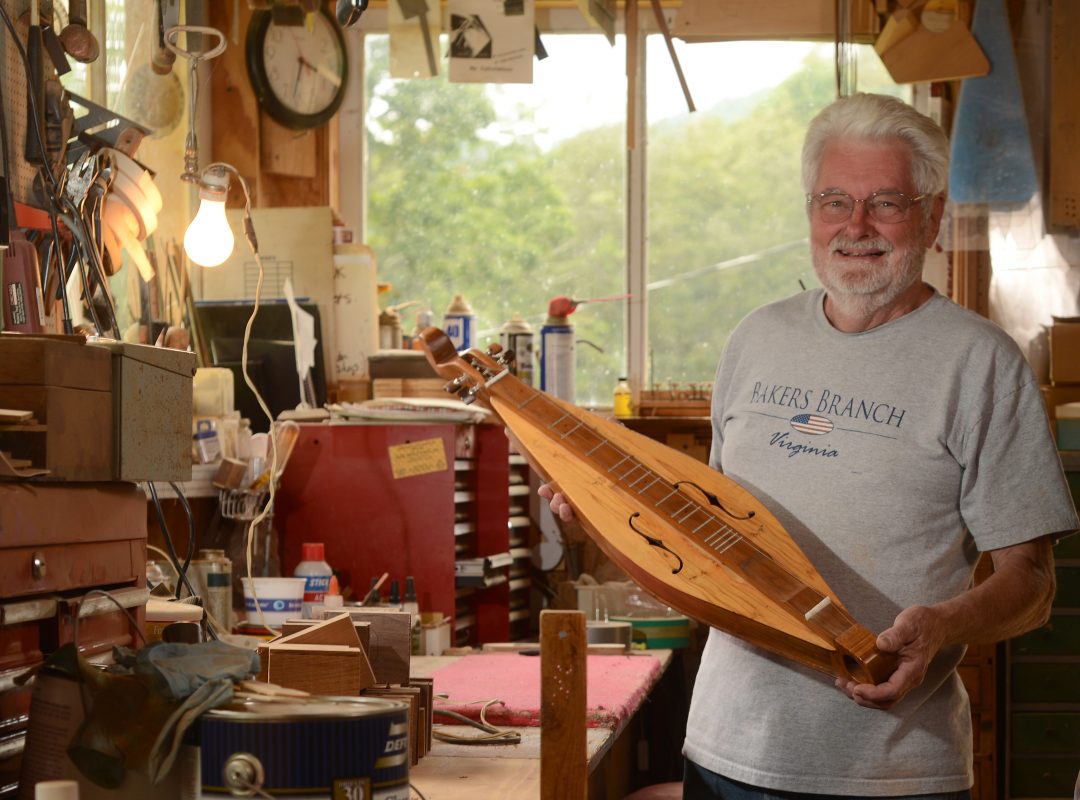 I was recently chatting with Chris Testerman about his friend and mentor Walter Messick. “That generation [of luthiers] is all but gone now, those who continued on from Albert (Hash).” Messick, who apprenticed Testerman in the Virginia Folklife Apprenticeship Program in 2013, is gone now, too. He passed away on February 28, 2022.

Walter moved to southwest Virginia in 1977 after receiving his Masters in Divinity from the Philadelphia Lutheran Seminary, and he led services in Konnarock and Whitetop until he stepped down to make instruments full time in an effort to keep mountain music alive and robust in the region.

I remember visiting Messick and Testerman with former director of the Virginia Folklife Program Jon Lohman during the week of the Galax Old Fiddlers’ Convention, one week after Audrey Hash Ham passed away in 2013. Audrey was the daughter of famed luthier of the Whitetop Mountain area, Albert Hash. Albert shared his knowledge freely with those in his community, leaving a legacy of talented instrument makers and musicians who are sought after worldwide today. His students included Tom Barr of Barr’s Fiddle Shop in Galax, Wayne Henderson, Mac Traynham and his daughter Audrey among others.

Messick spoke at Audrey’s funeral that week in 2013, remembering fondly his friend and fellow luthier. “I would like to share the love she showed me with you as well,” he wrote in black script on lined notebook paper. “She loved her mountains, its culture, its music, her love of making musical instruments and most of all sharing her enormous talents with anyone who crossed her path.”

Testerman said his teacher was prolific, making thousands of instruments in his life. He said his mentor and friend was happy to see him not only continuing the craft, but passing that knowledge on to the next generation. Testerman, who apprenticed under Messick as part of the Virginia Folklife Apprenticeship Program in 2013, is a master in our 2021–22 Apprenticeship Class with apprentices Karlie Keepfer and Sophia Burnett.

Former Director of the Virginia Folklife Program Jon Lohman said he treasured the time he spent with Messick. “He was among a small generation of folks who followed the music to Grayson County and became an essential fixture of the place. He made his way from his native New Jersey to the doorstep of master luthier Albert Hash to learn to build instruments and soak up all his gifts of wisdom and mountain-born commonsense. Unlike a lot of his contemporaries Walter was not just passing through—he made a life there and was as much a Grayson County fixture to me as anyone,” Lohman remembered. “It’s fair to say that Walter was not as widely celebrated as a luthier as some of his contemporary Albert prodigies, many of whom achieved a kind of legendary status for their handcrafted guitars, fiddles and mandolins. Instead, Walter gravitated towards the mountain dulcimer, an instrument that seemed to closely embody his personality—a most accessible and affordable instrument that is particularly welcoming to kids and beginners, heard more at gatherings among friends than the big concert stage.”

We were all lucky to get to know Walter Messick, some more than others. His legacy lives on in the mountain music made around Whitetop Mountain, and also in the hands of those who are making instruments today. Those hands will be working on finishing Walter’s instruments, most likely using Albert Hash’s custom tools that Chris Testerman has in his basement workshop in Independence. The older generations are moving on, and the next generation of luthiers and musicians are ready to carry the torch.

One Comment on “Walter Messick: The Legacy of a Luthier”