Remembering the woman who fed thousands at the Galax Old Fiddlers' Convention. 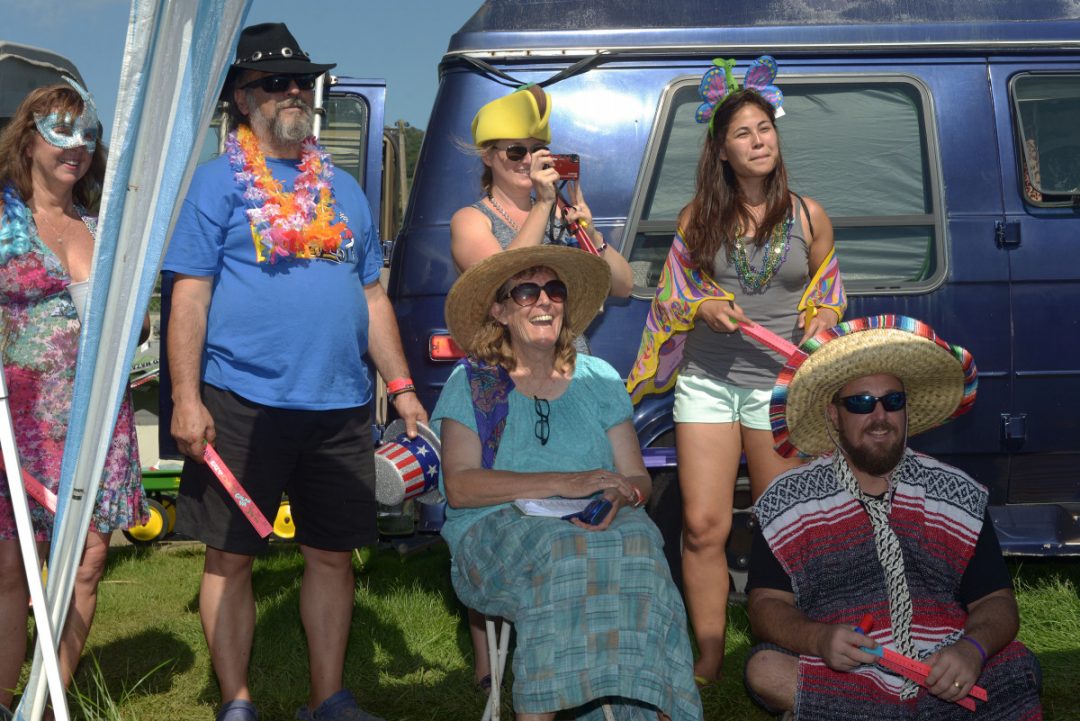 When I met Mary Edna Thompson, it was the first time I’d been to the Galax Old Fiddlers’ Convention and she fed me bear stew. Granted, I wasn’t special, she fed everyone who came to her camp at Felt’s Park. Mary ran the Soup Kitchen at the Convention, an unofficial spot for late-night eats and jams at the Convention. After the contest stage shut down Mary Edna would open her camp for hungry musicians. She gave away hundreds of gallons of soup over the years, all free of charge. Mary Edna, the Soup Lady of the Galax Fiddlers’ Convention, passed away on November 11, 2021.

Of course, Mary Edna couldn’t do all of this alone, she’d have helpers come to her camp during the day. It was a common sight to see members of a band like Che Apalache all huddled around a card table peeling vegetables during daylight hours. She’d also take any donations of food, speaking to her creativity as a chef.

Her creativity wasn’t only limited to her skills in a camp kitchen. She started the Kazoo Parade in 1982, always held at 3:33 p.m. on the Saturday of Fiddlers’ week. The mirthful cacophony of kazoos and improvised percussion (mostly pots and pans) provided the backdrop for the best costumes of the festival and one-of-a-kind performances on kazoos as well as traditional instruments. There was a list of arbitrary rules for the event that put a smile on the faces of those in attendance, for example: 1. No fun not allowed, 6. All participants must be present in order to attend, 9. There is no rule #9. She also hosted a Monday gospel sing and a Thursday gala for Convention-goers.

Mason Via of Patrick county, an accomplished multi-instrumentalist and current member of Old Crow Medicine Show, grew up eating meals at the Soup Kitchen, and it was the fellowship there that kept him coming back his whole life. He described the Soup Kitchen as the “center and capital of Galax” and he shared songs and chopped potatoes with Mary Edna during the years they spent together there.

“If it weren’t for her and the Soup Kitchen there were many nights I would have gone hungry,” said Via. “The heart of the culture was the Soup Kitchen.” This part of the musical culture of the region is just as important as the music and the craftspeople who make the music that the region is known around the world for. It’s her dedication to the community that made the world-renowned musicians speak of her in such loving terms.

Tara Linhardt is a musician from Taylorstown who knew Mary Edna well and embodies her love for the traditional music community. Lindhardt organized the mandolin world record attempt at the Galax Old Fiddlers’ Convention in 2012 and 2015. “Hopefully many people will take her ideas of making people feel accepted and liked and welcomed and continue them in the festivals and the world,” Linhardt wrote in a message recently. “The more of us who have such aims, the better.”

Mary Edna told me that she went where the Lord told her. We were all lucky to have crossed paths with her on her journey here. “She was loved by all,” said Via.

One Comment on “Remembering Mary Edna, The Soup Lady of Galax”