Fiddlin’ the Movie at the Virginia Film Festival 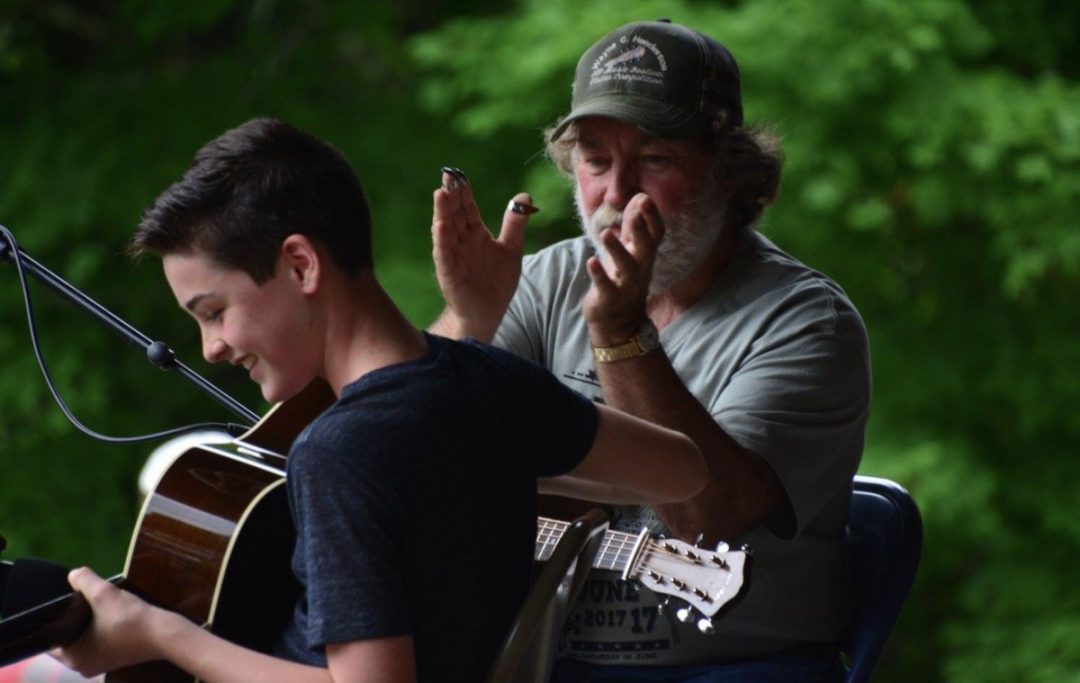 The Virginia Folklife Program is proud to present the award-winning documentary film Fiddlin’ at this year’s Virginia Film Festival. Fiddlin’ is an old time and bluegrass music documentary that takes place at the Galax Fiddler’s Convention, the world’s oldest.

Wayne Henderson, a world renowned luthier known as the “guitar god,” is both a master craftsman and master storyteller. His friendship with 11-year old guitar prodigy Presley Barker shows just how closely knit a community of musicians can be. The enduring relationship between mentor and prodigy is a testament to music’s power. With multi-generations jamming together, we are witness to some off-the-charts pickin’ and fiddlin’. And when the top ten finalists are announced in the ultra-competitive guitar competition, we’re in for an exciting and unexpected musical climax. The film is authentic, inspiring and humbling.

Describing the film as a “love letter to Galax,” Jon Lohman, the director of the Virginia Folklife Program at Virginia Humanities, appears throughout the film, providing context on the area’s culture and traditions. Director Julie Simone says: “Unlike many documentaries, Fiddlin’ focuses on what is good and on what this community is doing right. I believe focusing on the positive in a documentary is a refreshing change. These incredible musicians share their talents in an effort to continue their long standing musical traditions and they come together to play and pass them on without regard to age, color, gender or social standing.”