Feed Your Soul at the 13th annual Richmond Folk Festival 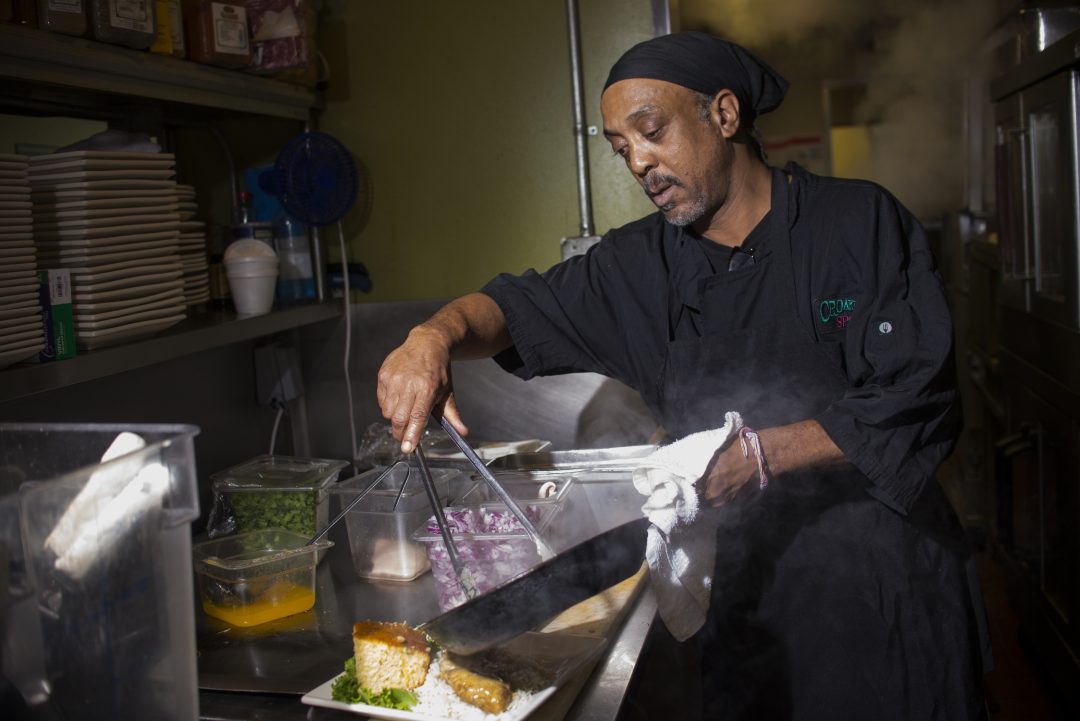 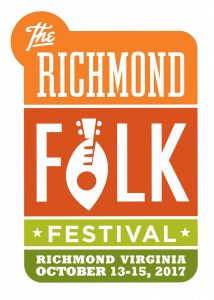 When: October 13-15, 2017
Where: Downtown Richmond along the James River, from 2nd to 7th streets and Brown’s Island
The Festival is FREE to attend

When we describe a musical performance as “soulful,” we are speaking about that almost indescribable moment when a singer becomes the song, when a teller becomes the tale—when artifice and inhibitions recede and we know we are witnessing something profoundly real. When we speak of “Soul Food,” we mean something that provides a deeper level of nourishment than can be measured in nutrients or calories alone. Soul food gives us strength but it also offers us comfort, lifts our spirits, gives us pause and gratitude. In these troubling times, we believe we all could use a little feeding of our souls, and the Virginia Folklife Program intends to feed audiences generously from our diverse Commonwealth’s bountiful cultural landscape.

When it comes to Soul Music, the Virginia Folklife Stage will be serving it up in ample supplies, starting with perhaps Richmond’s greatest secret, Southern Soul legend Big G. Also appearing: Sherman Holmes, the incomparable surviving member of Virginia’s beloved National Heritage Fellowship-winning trio, the Holmes Brothers, with his new bluegrass, gospel, and soul group called the Sherman Holmes Project. We dish out heavy helpings of soul in the stirring gospel voices of Richmond’s own Legendary Ingramettes and Cora Harvey Armstrong. And while “soul” is often used to describe the myriad variety of African American expressive traditions, we know too that soul speaks in many ways. There is deep, undeniable soul in the renditions of generations-old Sephardic Jewish ballads lovingly carried across the Atlantic by Flory Jagoda’s apprentice Susan Gaeta and Susan’s apprentice Gina Sobel, or in the longing, resilient, feisty, and gritty songs of remarkable Virginia women songwriters like Telisha Williams and Laura Leigh Jones, or in the soaring Hindustani ragas of the young Ved Sheth, or in the hair-raising Old Regular Baptist hymns of the amazing Frank Newsome, sung as if delivered straight from the soul through fire and coal dust. And there is deep soul in the instruments as well, from the gut strings of Griot Chieck Hamala’s n’goni to Sammy Shelor’s 5-string banjo. All this and more will be offered on the Virginia Folklife Stage.

And in response to your insatiable appetites from last year’s “Tasty Licks,” we will once again literally be feeding your souls as well, showcasing the diverse foodways of Virginia, and presenting some of its greatest practitioners. Throughout the weekend, we will be hosting cooking demonstrations that speak to the remarkable diversity of the Commonwealth, showcasing foodways both old and new to Virginia. From a backstage peek of Croaker’s Spot to a bird’s eye view of the Brunswick Stew pot, audiences will get to learn family-held recipes, share in closely-guarded kitchen secrets, and yes, taste the results.

The Richmond Folk Festival is one of Virginia’s largest events, drawing visitors from all over the country to downtown Richmond’s historic riverfront. The Festival is a FREE three day event that got its start as the National Folk Festival, held in Richmond from 2005–2007. In the tradition of the “National,” the Richmond Folk Festival features excellent performing groups representing a diverse array of cultural traditions on seven stages. The festival includes continuous music and dance performances, a Virginia Folklife Area featuring ongoing demonstrations, an interactive Family Area produced by the Children’s Museum of Richmond, a folk art marketplace, regional and ethnic foods, festival merchandise and more.