A new World Record at Galax 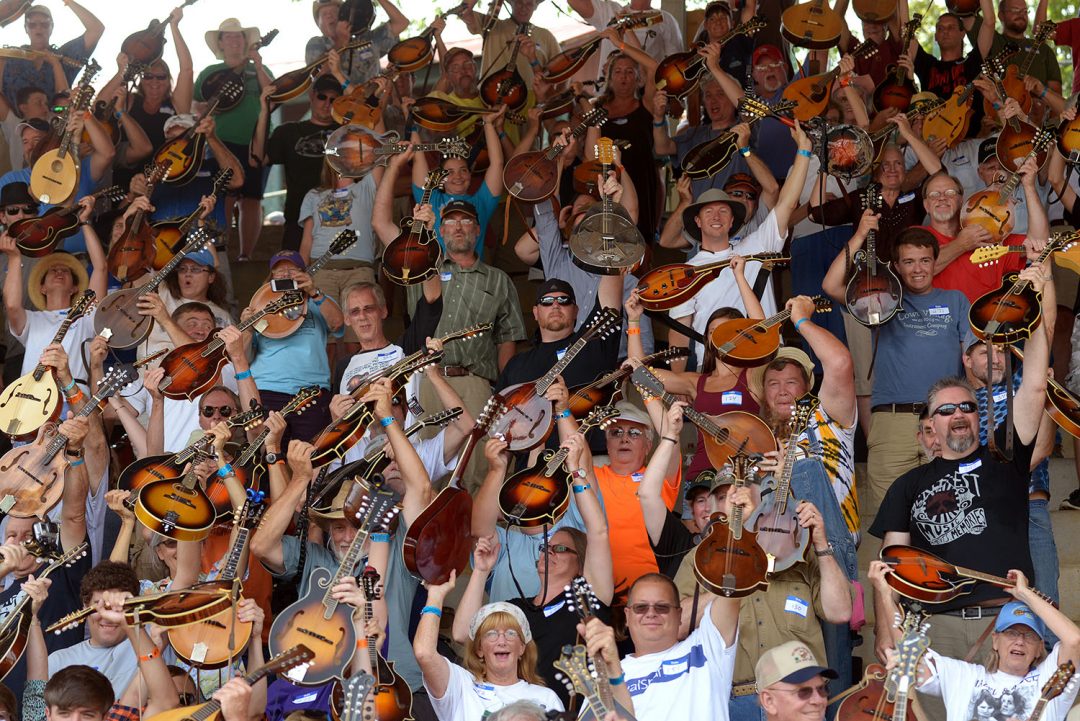 The Galax Old Fiddlers’ Convention is the largest and oldest fiddlers’ convention in the world, so it’s no surprise that it’s been recognized by the Guinness Book of World Records.

The first time was back in 2012 at the 77th Galax Old Fiddlers’ Convention where 389 mandolin players set the record for largest mandolin ensemble. Later the same year an ensemble in Greece topped Galax’s number by 25.

“Someplace like Galax, we could get into something like this, cause it’s funny, and because we all play music. Anyone can play a mandolin,” said Linhardt, “why not?”