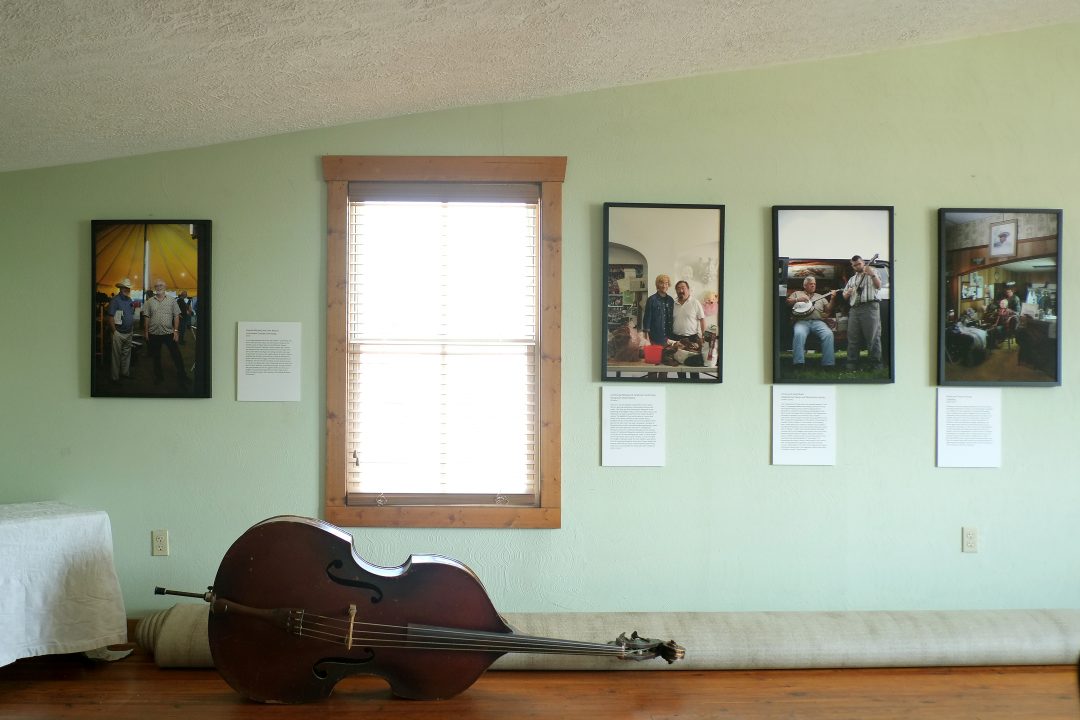 Photographs from the Virginia Folklife Program made by staff photographer Pat Jarrett are on display at two separate galleries in the Commonwealth this summer and fall.

Jarrett’s photographs of Joe Wilson, Bill Birchfield and “Kill-Basa” Bill are included  in the Chestnut Creek School of the Arts’ group show, “My Galax”, along with images by Pam Horton, Marianne Kovatch, Ken Landreth, Mark Robbins, Mark Sanderford, Nancy Sluys, and Tony Truitt. All photos are paired with recollections of Galax Old Fiddlers’ Conventions from years past, with perhaps the most interesting included in Sanderford’s archive of black-and-white images.

A photograph of Virginia luthier Jimmy Edmonds at age 9 shows the depth of Sanderford’s archive, but also reveals his mastery of low-light monochrome photography in the age of low ASA film ratings and manual-focus cameras.

Kovatch’s photos of the horse stall camps at Felt’s Park pair nicely with her memories of packing her friends in a car and driving to Galax. Her first-person account makes the photos come alive.

“My Galax” will be shown at the Chestnut Creek School of the Arts until August 22.

The grand opening for the Floyd gallery show will be announced soon. Check here or on our our Facebook page for more information.